The property industry in the UK is an ever-changing and unpredictable market at the best of times. The prices rise as quickly as they fall dependent on the financial climate at the time. Now with a potential exit from Europe looming, it is once again a case of seeing just how house and property prices will be affected in the long-term. But with a possible Brexit on the cards it doesn’t mean that people won’t still be looking to buy in the near future.

There are lots of factors to consider before uprooting and moving to a new town or city in the UK. You may be moving because of work, family or simply to experience a better quality of life, but one of the most crucial aspects is of course affordability and some areas are more cost effective than others for a variety of reasons. London is the biggest and most populated city in the UK so it’ll come as no surprise to find that it’s right at the bottom of the list of affordable places to live. But when you couple it with the fact that Londoners on average earn more than in most other major cities it does balance things out a little.

The fact is that most major cities in the UK are rather unaffordable with the majority being listed as moderate to seriously unaffordable. This means, that on average, the majority of homes in many areas across the country are costing the average person between 4 to 5 times their actual salary. But surprisingly, the lowest and therefore most affordable homes to buy currently in the UK can be found in the city of Leeds and West Yorkshire.

The average house price in the area of Leeds and West Yorkshire is estimated at around 3.9 times the average salary, making it the most reasonably priced location around. One of the main reasons that Leeds has such a vast array of affordable properties is due to the fact that it contains a large population of graduates seeking accommodation in the city. Should those graduates decide to stay in Leeds on a permanent basis, they will be a staggering £835 per month better off according to Leeds vs London research compiled by Parklane Properties than if they were living and working in London! 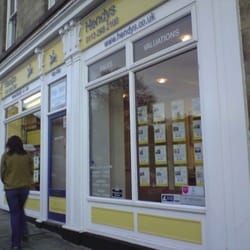 There are plenty of estate agents and leasing companies in the Leeds area that can help families, professional couples and students find suitable housing in and around the city. It’s a thriving and growing business hub and home of the largest financial and business district behind only London. Coupled with its vastly cheaper house prices it’ll certainly be attracting new homeowners for the foreseeable future.