Fancy Owning Your Own Embassy? Former Embassy Goes On Market for £5 million

A wealthy buyer will be able to host their own ambassador-style parties after an old embassy went on the market for £5 million.


The former Slovenian embassy is in the middle of Westminster and just a few hundred yards from 10 Downing Street.

It was used by diplomats after Slovenia gained independence from Yugoslavia in 1992.

The diplomatic mission recently moved addresses and the Church Commission, which owns the Grade II listed property, have put it on the market for £5 million.

It needs refurbishing and has planning permission for the use to be changed from embassy to residential.

When completed, the five-floor building - spread over 4,300 sq/ft - will boast four-bedrooms and four-receptions while being in an exceptional location for anyone interested in politics. 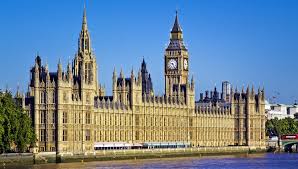 "Just 160-metres from the Houses of Parliament, it would be a particularly convenient base for someone with political interests.

"Additionally, it has two entrances - one on Little College Street and a smaller one on Cowley Street so you could use one entrance for your family and the other for work matters."