A Guide to Living and Working in Deira, Dubai

If you’re planning on moving to Dubai, there are lots of different areas you could choose to move to, each with distinct characteristics and advantages.

It’s a good idea where possible to try and choose a location relatively close to where you will be working, or your children going to school, to cut down the amount of time you have to spend in the inevitable cross-town traffic.

Walking any destination is not usually an option in Dubai, unless it’s very early in the day, because the blistering heat makes it very uncomfortable. For this reason, location is more important than in some other countries where access is easier.

Previously the commercial heartbeat of the city, Deira is now no longer the hub it used to be, but it is still a busy and vibrant area.

This guide takes a closer look at what’s available. 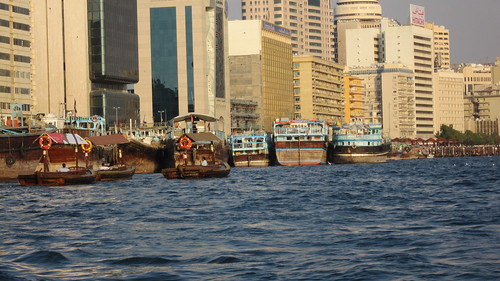 All about the city

Although Deira has been displaced as the commercial centre of the city, it remains one of the busiest areas in Dubai.

Encompassing many of the areas north of the creek, Deira is made up primarily of the old town but there are still a number of modern buildings which sit alongside, particularly around the Corniche area.

There are still cargo vessels which head out to the ocean, in the same way that they have done for many centuries, as well as souks and a bustling fish market. 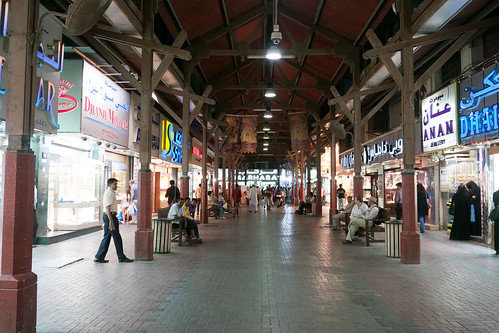 But despite this undeniable olde world tinge, don’t mistake Deira for an old-fashioned town. It’s an area where east and west converge, with tradition and modern life mixing effortlessly. The Metro station in Deira was the busiest in the whole of Dubai during the first six months of 2014, transporting more than three and a quarter million passengers about their daily life.

There are excellent transport links here in Deira, which is an incredibly useful feature if you’re planning on making this quarter your home. If you’re looking for an apartment for rent Deira will place you very close to lots of amenities.

One of the most famous places in Deira, the fish market - which also sells meat and fresh vegetables - is one of the best places to experience a slice of history. The fish market today helps visitors to see what Deira would have been like when the fishing industry was at its peak. There’s even a little museum which shows the 250 fish species of the Gulf, as well as a peek at the tools which would have been used in the past.

Fishing today remains an important trade for Deira, and if you arrive early in the day you will see fresh crates of fish being unloaded straight from the ocean. The market is the best chance to not only taste fish at its most fresh and succulent but also to try some that you might not have had the opportunity to do before. As well as mackerel, tuna, sardines and prawns, there’s more exotic fish too such as shark, kingfish, barracuda and red snapper.

The market lies on Al Ahmadiya Street, close to the gold souk and is open every day from 5am to 1pm, and then again from 5pm to 11pm.

It’s also within walking distance of Palm Deira Metro station but although you can take the train there, don’t plan on returning home the same way if you have bought fish, as it’s not permitted on board.

It’s impossible to capture the atmosphere of the exotic souks, an Arabian bazaar where haggling is expected. Deira has plenty of souks offering everything from spices to gold where goods can be available at ridiculously low prices. Not everything is a bargain though, and you’ll have to haggle hard but what you walk away with can be well worth the effort.

The Gold Souk is a bling-tastic venue, with every seller offering a dazzling array of goods whilst the nearby Perfume Souk offers incense and other aromatic goods for sale. The Covered Souk - which is only semi-covered - is the oldest in Deira and although less interesting for tourists it probably has more goods for everyday use.

If you want to wander through a bustling neighbourhood, typical of old Dubai, pay a visit to Naif Road and Al Sabkha Road, especially after dusk. With flashing neon signs and the delicious smells of all kinds of cuisine competing for attention in your nostrils, there’s lots of cheap shopping to be found here too.

If you stop for food, expect an authentic experience. Chinese and Indian food here isn’t the sanitised version often found in tourist areas, but offering the type of dishes which are a bit more unusual, such as duck bones and duck marrow.

Deira is a fascinating blend of the old and new, with the efficient metro and immaculate apartment blocks side by side with markets, shopping quarters and of course, the creek. Living in Deira won’t fail to provide plenty to see and do, and with easy access to the rest of Dubai too, you’re never far away from where you want to be.